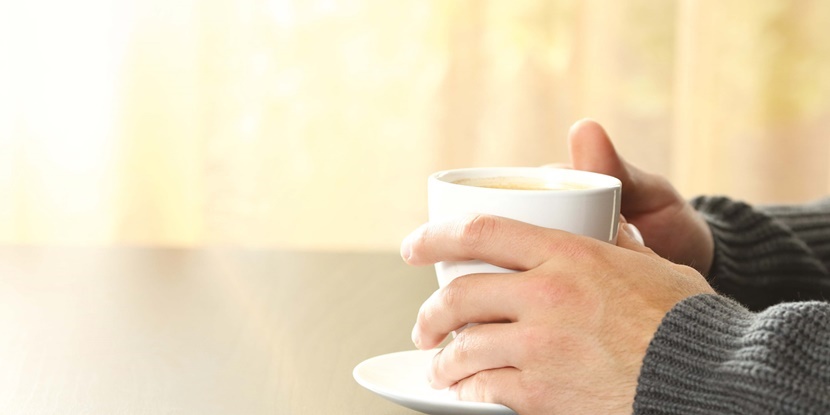 The distinction between saying and actually doing is what counts when you truly want to make a difference. This is Billy. Billy was homeless. A home from Oaklee Housing has changed his life and made a true difference.

This is Billy’s Story

Meet our most grateful new tenant. To protect his anonymity, let’s call him Billy.

Having worked for years on the sites in London and following a back injury, Billy returned home to Dublin. Never afraid of working he got a job driving the buses with Dublin Bus and everything seemed to be going well. But his back injury was compounded by the sitting and eventually needed spinal surgery. Unable to drive he was let go from Dublin Bus. Without an income and unable to pay his rent, Billy found himself homeless and sleeping rough.

Shamed by his circumstance, Billy told no one of his plight and cut-off contact with his family. “How could I?” Billy recalls, “I couldn’t believe this was happening to me. I wasn’t brought up to be homeless. I have a brother a priest, I don’t know where they got me.” He laughs.

By chance, Billy met one of his cousins who, sworn to secrecy, gave him a campervan to live in, just until he got himself sorted. He put his name down on the housing list with the Council and waited. And then he gave up.

Living in the campervan, constantly looking over his shoulder, Billy moved around to make sure no one found out who he was and what was his situation.

Billy got to know the safe places to park up and got used to showering in filling stations that looked after the truckers. His favourite spot was at a small car park along the coast road in Clontarf. “Sometimes I’d hear the world go by outside and think, If only they knew someone was living in here,” he remembers. The locals got used to him. “They knew I wasn’t trouble, and some were very kind.”

But homelessness is a funny thing, he says. It changes your mood and brings so much shame. “I was desperate, and I’d wake up thinking is this it. I wondered what’s the point.”

It was at the beginning of the pandemic, he was getting into trouble with the Gardai, driving around in his campervan with no fixed address. “They didn’t understand, my van was my home, I had no two-or five-kilometre restriction.”

One morning Billy heard an ad on the radio from Alone. He called them up and asked for their help and that’s when things started to change.

Following representation from Alone, “I got a visit from a lovely man in Dublin City Council. He took some pictures. I’m not sure he believed this is where I was really living.”

And that was that. A couple of weeks later, Oaklee Housing got in touch. “I was parked in Ballybough when I got the call from your man Bobby. I’ll never forget it or him.”

After 15 years of waiting, Billy finally got a home.

Getting a home has changed Billy’s life. Finally, he can rest. He has a place he can call home. His home. He is part of a community he can connect with.

In his own words Billy says, “I feel like I’ve won the lottery, I’m happy with myself.”

He has re-connected with his family down the country and was able to carry his brothers coffin when he sadly passed away.

Of all the residents in Kathleen Clarke Place, Billy is just one of 16 single men living here. There is a need for more schemes like this to accommodate a significant number of single, adult males that are homelessness or on the verge of homelessness.

Named after the former Lord Mayor, TD, Suffragette, political activist, and wife of 1916 leader Tom Clarke, Poplar Row was also one of the few sites to be given a dispensation from Government imposed closure as a result of Covid-19.

Designed by Cooney Architects and built by Monami Construction, Kathleen Clarke Place is located in the heart of Dublin’s inner city and comprises 29 units for the Over 55s.

A mix of one and two-bedroom apartments, this scheme has enabled Dublin City Council to move some of their older tenants into fully accessible, energy efficient and sustainable homes. Not only does it provide improved accommodation that caters for the changing needs of an aging population, but it also frees up larger, homes for growing families in the community.

The €8m Poplar Row scheme was funded with a combination of CALF and HFA funding. A 30% CALF (Capital Advance Leasing Facility) loan was provided by Dublin City Council and the Department of Housing. The remainder (70%) of the funding came from a private finance loan from the Housing Finance Agency, this loan is supported by income from tenant rent and a Payment and Availability Agreement (PAA) from DCC.